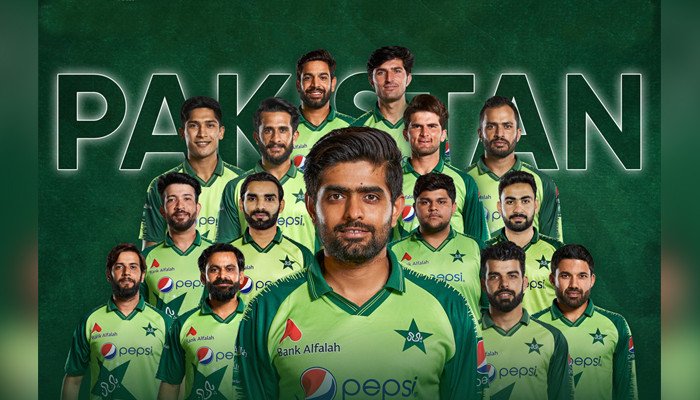 The Pakistani T20 World Cup squad, led by skipper Babar Azam, will depart for Dubai on October 14, with the Men in Green seeking to do well after England and New Zealand both pulled out from their Pakistan tours.

The squad’s first training session would be on October 16 after they have made it through mandated coronavirus checks.

The International Cricket Council (ICC) T20 World Cup is set to take place in the UAE and Oman from October 17.

Pakistan is scheduled to play two warm-up matches against West Indies and South Africa on October 18 and 20, respectively, the sources said.

Millions of fans will be eager to witness Pakistan begin their bid for the trophy with a high-octane clash against India on October 24 at the Dubai International Cricket Stadium.

The two neighbors will come face-to-face for the first time since their 2019, 50-over World Cup fixture at Manchester, and this will be the sixth time they will compete in the global T20 tournament.

Two days later, Pakistan, the champions of the 2009 edition, will play Kane Williamson’s New Zealand at the historic Sharjah Cricket Stadium, before returning to Dubai to play Afghanistan for the first time in a T20 World Cup, on October 29.

In their last two matches of the Super 12 stage, which will feature the top eight T20 teams and four teams who secure qualification from Round 1, Pakistan, who have played the most matches (36) in the UAE for an international side and have won 21 of them, will play the runner-up of Group A and winners of Group B on November 2 and 7, at Sheikh Zayed Cricket Stadium and Sharjah Cricket Stadium, respectively.