Corona Virus Disease (COVID-19) has been announced as a global pandemic by the World Health Organization (WHO) and has increased panic among general public because of fragile health care systems of different countries. Similarly, Indian inept health care system has been exposed by COVID-19 that has widely been exaggerated behind the façade of shinning India.

While COVID-19 cases in India are relatively low in numbers, concerns are rising regarding the limits of its healthcare system to manage the potential danger.  This is a significant test for India as well as for the Indian Prime Minister Narendra Modi, who has portrayed India as something much more, what it really is. India is also grappled with low economic growth in the recent years and is currently confronting a social and political emergency because of unfair citizenship enactment. The enactment has prompted mobs that are hostile to Muslims and massacring them, particularly in New Delhi.

Are Indian government and its healthcare system fit for dealing with the pandemic? Jokes have coursed about Modi’s powerlessness to deal with this emergency on the social media. Some senior authorities have suggested virtues of Cow’s products as deterrent to COVID, and the Ministry of Alternative Medicines (AYUSH) supported the utilization of homeopathy. Some Ayurvedic specialists in South India even offered supernatural cures against COVID. Pseudo-science has adherents among some hindu supremacists. Hashtags, for example, #NoMeat_NoCoronaVirus were tweeted in India.

Modi’s administration says it has paid considerable attention to the risk and has asked its people to avoid panicking. As in numerous nations, people are advised to use masks, wash hands regularly and avoid going out frequently. The Ministry of Health additionally set up an emergency unit, a data hotline, and arranged two quarantine centers. During Holi, the celebration of hues, the destruction of the devil Holika is praised in the model of Covid-19, renamed ‘Coronasur’.

The Indian province of Kerala proclaimed itself on high alert. With 38,000 beds in government medical hospital, it is the best what India can do against COVID. The relatively high number of positive cases right now in the state is likely to disappoint the infected. Just 52 government research facilities are prepared for the test of COVID-19, albeit 54 private labs could also be activated. Despite the fact that the administration has requested a million test units from Germany, concerns have developed concerning the low number of tests done. One clarification for low number of India’s poor going for COVID test is the absence of Doctors and test facilities. Interestingly with China, where hospitalization limit is higher than in high-salary nations with 4.2 beds per 1,000 occupants, the rate is just 0.7 beds in India.

These inadequacies are more stressing since the proposals made recommend that patients should contact their doctors directly, as opposed to an “Emergency Number”. Following 20 years of stagnating budget in the health sector, private sector is taking up the responsibility of dealing with almost exactly 33 per cent of public health emergencies.

Due to the ban and adapting to the disruption of medical supplies, pharmaceutical companies asked for help from Indian military planes to import some ingredients required for the manufacturing of medicines. “In mid-March, the lack of disinfectants and the explosion in the price of protective masks was already depriving access to a large part of the Indian population, of which 21% still live below the poverty line,” according to an online source.

It can be inferred from the above discussion that it will be impossible for India to tackle the spread of COVID in its 1.3 billion inhabitants, given the weary and teary situation of its health sector as well as India government. Moreover, Indian medical system is widely exaggerated behind the facade of Shining India. It became popular in South Asia through a fake narrative of Indian expertise in health sector and affordability.

The fact is that Indian health system is as good or bad as of Pakistan. Some Pakistanis found it convenient to get them treated in Indian hospitals. The Corona virus outbreak in India has exposed the shallowness of Indian health system and how poor Indians have been left on the mercy of Doctors and hospitals who charge exorbitant fees for basic treatment. Recently three Pakistanis returned from India after medical treatment, all three tested positive for Corona virus. There it is better to get treated in Pakistan instead of paying heavy fees and getting infected by COVID in India. 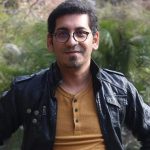 Mr. Adeel Mukhtar Mirza is Assistant Research Officer (ARO) at Islamabad Policy Research Institute (IPRI), Pakistan. He holds degrees of Bachelors in Arts with major in Journalism and Economics from Government College University (GC), Faisalabad; and, Masters and M.Phil in Strategic & Nuclear Studies (S&NS) from National Defence University (NDU), Islamabad. He also has a Diploma in Strategic Studies and Disarmament from Strategic Studies Institute Islamabad (SSII). Prior to joining IPRI, he has experience of working with Institute of Strategic Studies Islamabad (ISSI) and Senate Standing Committee on Defence, Senate of Pakistan, as an intern. His areas of research include Non-Traditional Security Threats, Human Security, Climate Change and Terrorism in all its forms. He can be reached at adeelmukhtar.ipri@gmail.com.