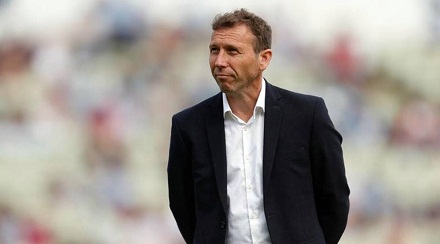 Former captain Michael Atherton says it was strange that the England and Wales Cricket Board (ECB) called off the Pakistan tour citing players’ welfare but allowed them a three-month window to play the Indian Premier League (IPL) Twenty20 event.

In a scathing assessment of ECB’s decision, Atherton said it was worse than India’s recent withdrawal from the Manchester Test.

There are questions in the England cricket fraternity on how a few England players, who would have had to play the short white-ball series in Pakistan, can now play for their IPL franchises in the play-offs if required.

Citing player welfare is strange when the ECB has essentially washed its hands of its players’ travel and cricketing commitments for three months of the year so that they can play in the Indian Premier League,” Atherton added.

Keeping in view that New Zealand and England have cancelled the t visits to Pakistan. PCB has said that would take up the issue in the ICC meeting to be held in T-20 World Cup, next month.