Islamabad, 17 January 2020 (GNP): A workshop was organized by IUCN Pakistan on the Flagship Report under a project titled “Global Assessment of the State of Nature and Biodiversity Safeguarding actions in Northern Pakistan” in Islamabad today. This project is funded by the Italian Cooperation.
The purpose of the workshop was to interact with the stakeholders on the links between environment and security. The workshop was attended by the IUCN Members, government officials and civil society representatives.
In her remarks by Ms. Aban Marker Kabraji, Regional Director, Asia emphasized on the importance of the workshop as it aims to elicit key inputs and views on environment security and migration situation in Pakistan. She further said that the issue of environment and security needs to be analysed in a variety of contexts, including different natural resources, different regions, as well as environmental, institutional, socioeconomic, and political circumstances.
In his remarks Malik Amin Aslam, Advisor to the Prime Minister on Climate Change, Ministry of Climate Change said that the Pakistan government is driven by the passion of the Prime Minister Imran Khan has taken on the agenda of ‘Clean and Green Pakistan’ which revolves around 5 main areas that is, Billion Tsunami afforestation, Electric vehicle Policy, Recharge Pakistan, Clean Green Pakistan Index and Ecotourism.
He further said that due to the sustained efforts of the government and MoCC, the awareness about Climate change in Pakistan has risen from 30% to 80% in the last 5 years. The government has also been successful in curbing the powers of Mafias i.e. Land mafia, Timber Mafia, Water Mafia, Waste Mafia etc., that were hindering environmental security and sustainable growth.
Mr. Mark Halle, former Director of Institute of Sustainable Development, and an expert in environment and security and authoring the flagship report, explained that: degradation of natural resources and ecosystems is leading to a loss of livelihoods and increased competition for remaining resources. He noted that competition over water resources is on the increase, and that environment is a factor in growing internal migration, exacerbation social and communal tensions in the cities.
He cautioned that a serious worsening of threats could lead to breakdown of governance and overwhelming of state capacity to manage.
Ms. Emanuella Benini, Head of Italian Cooperation in Pakistan, said in her remarks that the flagship report was an essential tool for paving the way for more robust strategies for addressing environment and security issues in Pakistan. She appreciated the role of the Ministry of Climate Change. 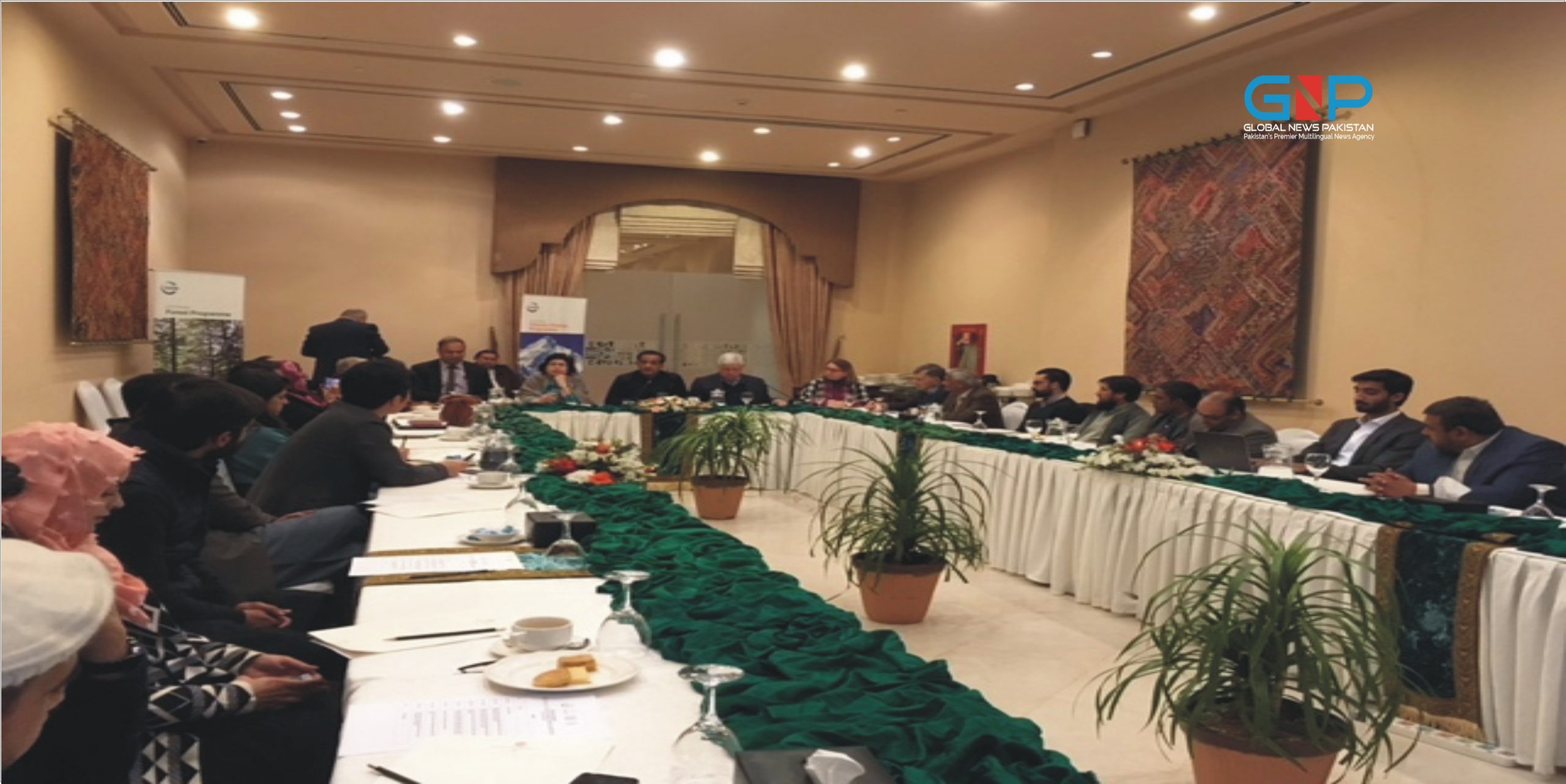 During the welcome remarks by Mr. Mahmood Akhtar Cheema, Country Representative, IUCN Pakistan said that IUCN has played a key role in environmental rehabilitation and sustainable development in Pakistan with several joint initiatives including holding dialogues on several environmental issues including water scarcity and environment and security.
He further said that climate change is creating numerous problems in the country, particularly in the coastal areas, where damage to wetlands and rising sea levels have been observed, causing several villages to disappear.
He emphasized on the coordinated efforts that are required to address these challenges. He said that IUCN Pakistan has worked on climate change issues and ecosystem restoration through various initiatives, particularly in the mangrove ecosystem in the coastal areas, where a significant portion of mangrove forests have been restored. (GNP)