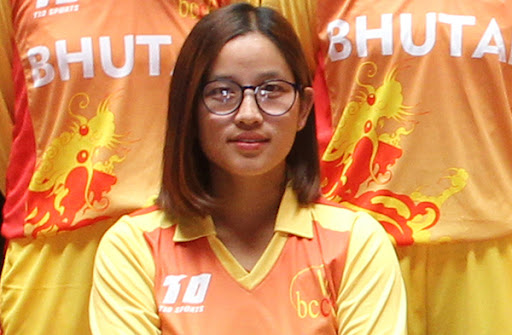 Bhutan Women’s cricket team vice-captain, Anju Gurung has been selected to participate in the first world Fair Break Invitational Women’s T20 Cricket tournament to be staged in Hong Kong in May 2022.

I hope to pave a pathway for my team and other players from Bhutan, she added. The Fair Break Invitational tournament is also the first privately funded tournament for women’s cricket organized by Fair Break Global.

It will be in conjunction with the National Cricket Association of Hong Kong. It is a first of a kind tournament approved under the international cricket council (ICC).

Bhutan Cricket’s chief executive officer, Damber Gurung, said this was a good opportunity for women’s cricket and for many associate member countries like Bhutan.

He added that he wrote to the managing director of FairBreak Global, Shaun Martyn, after learning about the tournament. “I had sent preliminary videos of some potential players from Bhutan as per the requirements, and Anju was selected.