An Unforgettable Tale of Zara Joya 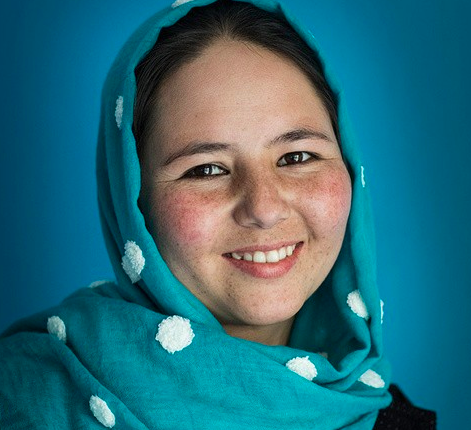 In this story Zara Joya the Afghan Journalist has described all the things in detail, through which she passed.

But she has done all those things with full enthusiasm and zeal and without making any complaint.’’

It says life is the name of difficulties, read it, meet it and then defeat it, Zara Joya has done the same. Details are here in this story.

As a child in Afghanistan, she pretended to be a boy in order to get an education, before starting her own women’s news agency. Now she is living in the UK, her fight continues.

She runs a news agency she founded last year to report on the stories of women and girls across Afghanistan.

By the time she returned home in the afternoon, however, men with guns were on street corners and her sisters were shut inside their house, shaking with fear. In just a few hours, normal life had been obliterated.

Joya was airlifted out of Kabul by the UK government in the last frantic and terrifying days of the evacuation, along with other family members.

Although she is in a place of safety, her world, once alive with possibilities, has been reduced to a hotel room with sealed windows and beige walls.

She says, “I could never life imagined in my life, I would become a refugee.

It was just over two weeks since she arrived in the UK and she is still numb with the shock and trauma of what has happened.

I feel deep grief over the eradication of women from public life in Afghanistan, said Joya.

I think of everything that I and so many other women fought so hard to achieve and it has all disappeared.

We lost everything.” I think of everything that I and so many other women fought so hard to achieve and it has all disappeared.

We lost everything Life for a female reporter was not easy in Afghanistan, said Joya.

Afghanistan has long been one of the most dangerous places in the world for female journalists and she was often the only woman in the newsroom.

My parents had a daughter, said Joya, throwing up her hands in mock alarm and shame.

They didn’t think I had any value at all. That was a reality for women all over Afghanistan.

We were born unwanted. Yet I have never, ever felt sad or ashamed of who I am.

All my life, I have believed I could be whoever I wanted to be, Afghan journalist added.

When I was born, the elders in my family were so sad and ashamed that my parents had a daughter,” Joya added.